Q4 team members Sean Hobbs, head of programs, and Cliff Clowers, head of engineering, were on the winning team at the Army Aviation Association of America Golf – Central Florida event on Friday, June 16. This is a back-to-back, first-place win for Hobbs and Clowers, after finishing at the top in the WATS tournament in May! 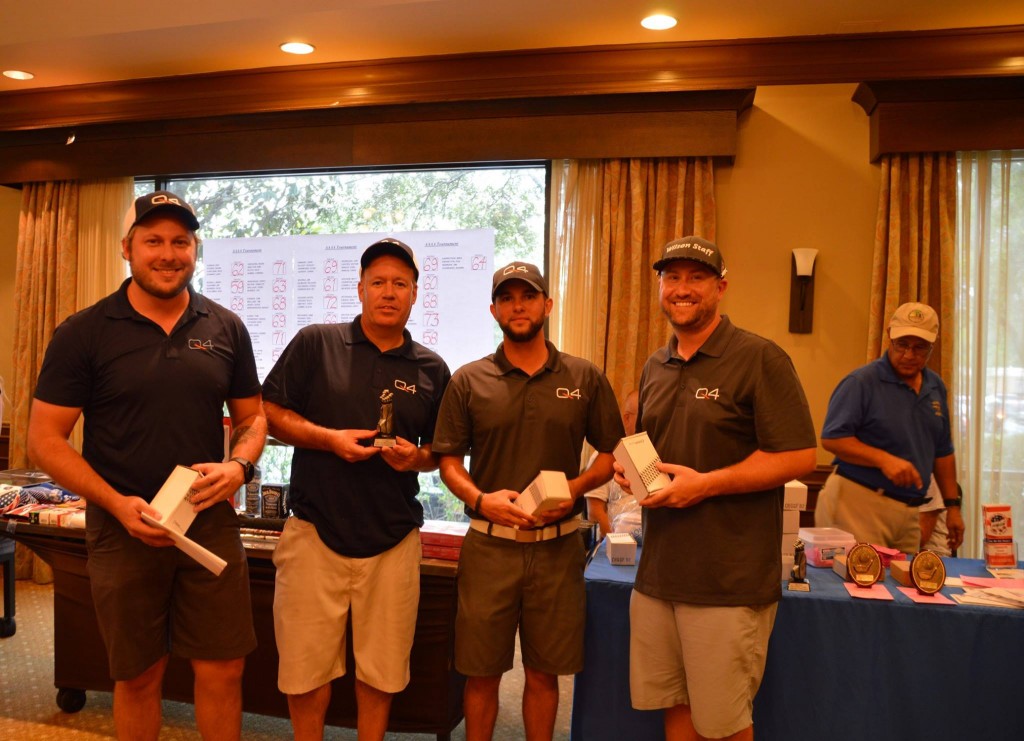 And the winners are….Congratulations to Q4’s Sean Hobbs (far left) and Cliff Clowers (2nd from left), as well as their tournament team members, Matt Luckett (3rd from left) and Kyle Gugliotta, for their big win of this year’s AAAA golf tournament. Check out lots of great photos from the AAAA tournament here.

“Although we always have a great time, and love placing first again, Q4 Services is very proud and honored to support the AAAA golf tournament with our sponsorship and team,” said Sean Hobbs. “We were also pretty lucky to get through the tournament without the rains putting a damper on our fun!”

Established in 1989, the AAAA Central Florida Chapter maintains its focus on AAAA goals, objectives, and programs. “Joint” in nature, the members represent a cross-section of the Army, Navy, Air Force, and Marine Corps, and the large industry contractor base located in the Central Florida region. The Central Florida chapter has more than 484 dedicated members serving aviation Soldiers, their families, and the local community. Monies raised through this tournament helps to provide scholarships.

The AAAA tournament always follows the Training and Simulation Industry Symposium, which features Team Orlando representatives briefing industry on upcoming and potential contracts. This year, Joe Radosky, head of sales, and Brian Taylor, commercial contracts and bids manager, participated in the two-day event. The week-long events culminates in the celebrating the Army’s birthday at the AUSA Birthday Ball.