The Q4 Services team was thrilled to sponsor and take part in February’s Army Aviation Association of America – Central Florida (Quad-A) social event at Frogger’s Restaurant on Feb.9. This monthly event hosted by AAAA has become a tradition of sorts within the modeling, simulation and training community, drawing a dedicated of group of professionals that work together to support the warfighter. 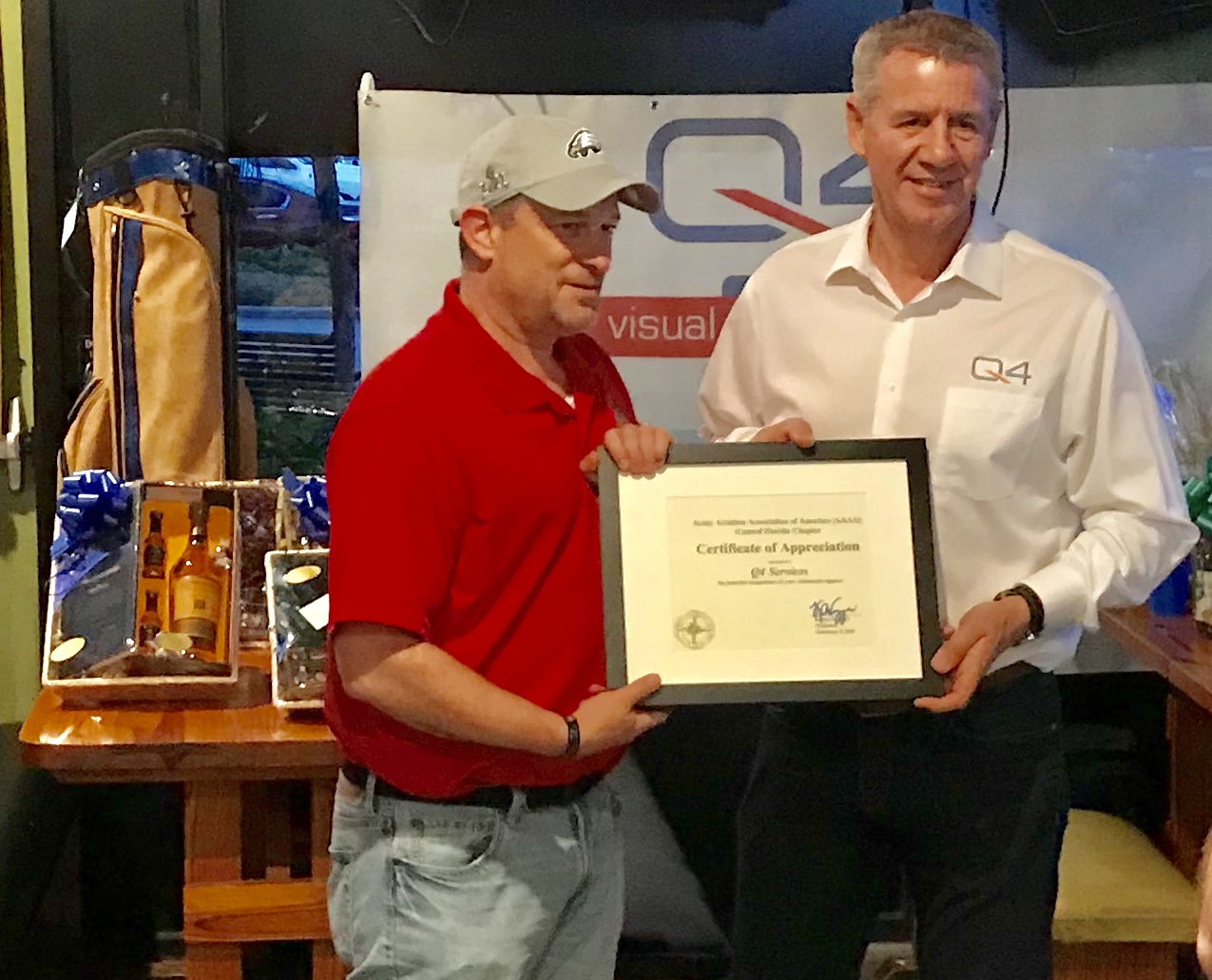 Joe Radosky, Q4’s head of sales, said that the Q4 team very much enjoyed the opportunity to help “host” the event.

“Our president, Brian Simpson, feels strongly about giving back to our community, and specifically the aviation community that is such a huge part of what makes Q4 who we are,” Radosky said. “We’re happy to play a small role in helping to provide a fun event for networking.”

“Our team not only got to spend some quality time with each other outside of the office, but we also had the chance to visit with some of our customers, which is always a nice benefit to these events.”